Final Jeopardy with Watson: What it means for the future of sales and business intelligence

Last week on Jeopardy, we witnessed a milestone in the history of computing. Facing off against super human champions Ken Jennings and Brad Rutter was … Watson. Watson was not human. Watson was an LCD panel in the center podium.

Behind Watson was four years of work by IBM scientists resulting in a 2,800 core, 15 terabyte memory supercomputer designed to compete in something we’ve believed only humans can do: natural language processing.

As the contest began, the machine was holding its own. Then the brilliance of its algorithms added up into dollars, and at a pivotal moment – shall we say perhaps a little bit of machine luck – Watson picked the Double Jeopardy question. The final question on 19th century novelists sealed the deal. Watson won.

Show host Alex Trebeck rightly pondered, “where do we go from here?”

Is this a big deal?

Is it really a contest that a machine the size of ten refrigerators is competing against a 3-lb. human brain? How is this better than Google returning 3.6 million results back in 0.14 seconds?

To understand, realize the fundamental difference about this challenge:  Watson was not returning a response from a structured database. Through deep analytics, it was analyzing patterns, generating hypotheses, gathering evidence, and filtering, merging and scoring the results to pick the one response with the highest confidence. All within fractions of a second.

Technically described as “massively parallel probabilistic evidence-based architecture” by program lead Dr. David Ferrucci, Watson was quite simply trying to understand the meaning behind the question before answering it. It was not pulling a response from a category, but sorting out the uncertainty and ambiguity of an open-ended query. That does have its limits. Watson’s answer to a question on U.S. cities was … Toronto???? But not so fast to pass judgment on Watson – there are a half dozen cities in the U.S. named Toronto!

So for human analytics professionals, what are the lessons for sales and business intelligence?

First, do as Watson does. Filter and reduce the responses through contextual understanding. Then deliver the ones with highest confidence, simplifying the actions of the users. Provide what you determine to be the most important and actionable information.

Second, sales thinking is intuitive, unstructured and fast-reacting, much like a Jeopardy session. When we try to help a sales rep or manager, describe what the insights mean to them, what story it is telling them. The response provided should flow with the way sales people think.

Is all this futuristic? As Dr. Ferrucci says, “this doesn’t mean we have conquered natural language processing, it’s only the beginning.”

Certainly we can apply these learnings today. Say you’re preparing a sales report deliver next week. Think some more behind why it’s needed, who is using it, what they will do with it and how it will enrich their life. That’s just common sense and empathy with which we humans are already gifted.

How to boost call center productivity with Salesforce tools 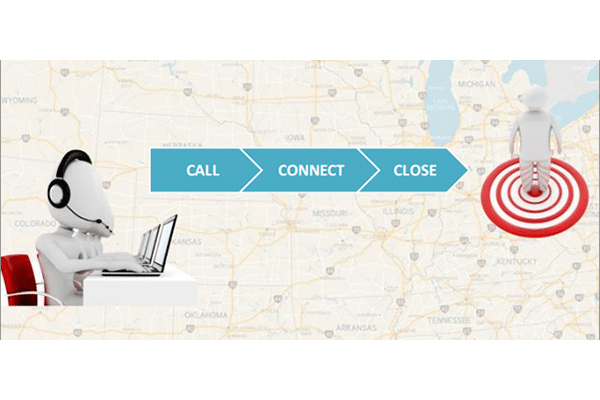 Five ways to use geo-location tools for sales calls

Read more
We use cookies to give you relevant experience by remembering your preferences and repeat visits. By clicking “Accept” you consent to use of all cookies.
.
Choose cookie settingsACCEPT
Manage consent